I had often thought about keeping a blog, but it is only this year that I finally gathered the strength to do so. I had massed a pile of research and accompanying thoughts that no longer wanted to sit in a drawer. Looking back on this year and its modest amount of posts, I am happy to have decided to write, and grateful that you took the time to read. As the year comes to a close, it is customary to air one’s resolutions for the coming one. I usually don’t have any resolutions, and this year is no exception: I guess I don’t see the point of setting myself up for future disappointment. Instead, I can at best hope to make some small steps forward on the paths that I am already walking. In this spirit, I want to leave you, and the year, with an extended thought that applies to nature conservation as much as to anything else we do. Mediocrity is, by its very nature, a constant threat undermining our work, a banal monster lurking in the background of our projects. The new year would be a great one if we could all escape its force some of the time.

For the new year, I wish everyone the strength to escape mediocrity. 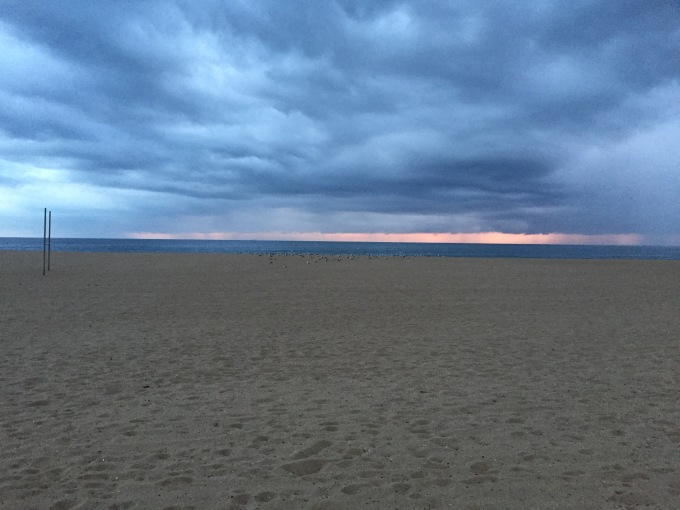 Being blessed by neither the glow of success nor the tragic beauty of failure, mediocrity is my biggest fear. And unlike the extremes of success or failure, it is the most easily attainable of all human states. But what exactly is it, and why must one be afraid of this most common of traits?

The first thing that comes to mind when trying to pin mediocrity down is its obvious connection with a notion of the middle ground, a place that is defined by its lack of any powerful characteristic: an average. It seems then that mediocrity cannot escape being thought in its relation to the extremes of a spectrum – say, excellence and abdication – and therefore cannot be thought outside of a vague idea of a middle ground between such supposed extremes. But we can also turn the thought upside down, and say that excellence seems like an extreme inasmuch as it is usually expected of one to inhabit a middle ground, to be mediocre. Not only average then, but also default: mediocrity is what happens when you’re not even trying, and it is what happens to most people when they are not striving for anything in particular. Indeed, mediocrity itself cannot be strived for.

This line of thinking points towards another intrinsic connection, namely between mediocrity and stupidity. The natural state of a human being is pretty stupid: without constant efforts of cultivation, people tend to converge towards a lukewarm stupidity defined by unreflectiveness and complacency. This spontaneous fetid swamp intersects disturbingly with that of mediocrity, as there are myriad connections between the two enabling their mutual reinforcement. One is being stupid when mediocre, and when one is mediocre one is likely being stupid. And because this is, for most people (I except genius, which by definition cannot fit in a discussion of mediocrity), the default state of things, it follows that mediocrity and stupidity are not the result of lack of formal education, or ‘civilization’, or any other such deterministic notions. Instead, it is the lack of effort which ensures the survival of the default. As with any natural state, in physics or otherwise, the one element that can disturb it is force in a determined direction. Without it, any system – human or otherwise – simply lingers in the state of least resistance.

So unless more or less constantly on one’s guard, one is stupidly mediocre. This is why it is useless and quite meaningless to throw these words around as insults, imparting blame on others for their shortcomings. To explain, for example, a voting outcome as the result of stupidity is like explaining the fall of an apple through the work of gravity: accurate, but normatively unhelpful. If an apple is not to fall, then some force continuously battling that of gravity must be in place, and it is there that our criticism must be targeted. Of course voting outcomes tend to regularly be the result of stupidity, but if we wish that to no longer be so we cannot simply rely on pointing out the obvious. We must address the reasons why a significant force is not continuously applied in the direction of dispelling mediocrity.

The easiest place to start is with oneself, and I get back here to my initial fear. I am so fearful of mediocrity precisely because applying pressure in the opposite direction is so damn hard. So if mediocrity is to ever be hurled as an insult, it can only be done so with regards to oneself, the only case where one is sure to more or less accurately identify the failure to guard against falling in the middle. I am at constant risk of being mediocre and stupid, and this fills me with compassion for all the other souls whose duty it is to constantly battle these threats. Though some sometimes manage to escape it, the best we can hope for is a tragic, exhausted failure. I am frequently pulled back into mediocrity, and fall there with a tired thump: my escapist efforts were in vain. Inasmuch as mediocrity is the state of things when one is not on one’s guard, it is also an ethical imperative to avoid it, to strive for excellence. The pervasiveness of mediocrity bids we become moral salamanders, living on the edge of the swamp, at best only returning there to lay one’s eggs. And instead of a lone salamander, I dream of the day when the species as such has grown legs powerful enough to demand a new habitat.